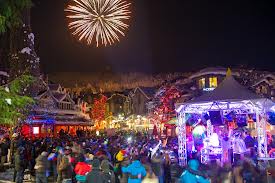 Join the fun at a ticketed, family-style celebration at three different venues within Whistler Village. Bundle up the kids and explore what each venue has to offer between 6 and 11 p.m.

The ticketed fun ends at 11 p.m. and then there is a free Fire and Ice Show that starts at 11:30 p.m. at the base of Whistler Mountain. Be amazed by the ski and snowboard athletes as they leap through two giant rings of fire.

There will be a firework display at Skier’s Plaza at midnight.

Tickets will be available online from December 1, as well as at the Whistler Visitor Information Centre, Millennium Place and Meadow Park Sports Centre.

Millennium Place: On New Year’s Eve all three levels of Millennium Place will come alive with sparkling entertainment, live music and two kids’ countdowns that include a giant bubble wrap and balloon stomp. Expect nothing short of bedazzlement and awe with an explosion of creative arts and crafts, cartoons, face painting, dress-up storytelling and surprises – all in the name of family fun. 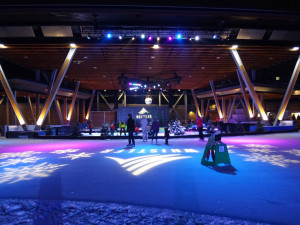 Ice Skating in Whistler Olympic Plaza: Flash your wristband for free skate rentals, be dazzled by the twinkle lights and whimsical characters, enjoy a hot beverage and prepare to be entertained on and off the ice.

Who can resist fireworks and fire spinners? Watch Whistler’s best skiers and riders hit a big air jump then fly through a blazing ring of fire

A fireworks display will ring in 2015. The fireworks are best viewed from Skier’s Plaza at the base of Whistler Mountain.

Leave the car at home and take advantage of the free and extended Whistler Transit Service on New Year’s Eve.

Skating at Whistler Olympic Plaza is open from 6 to 11 p.m. Show your wristband to receive free skate rentals.

The Whistler Conference Centre includes an indoor play zone with a variety of exciting activities, games, and entertainment. The teen dance, inside its own special dance hall at the Conference Centre, is the place for teenage music lovers to shake it until midnight.

Teen Dance at the Whistler Conference Centre – Open 8 p.m. to midnight – Much Music Dance Party for ages 13 to 18

The Much Music Dance Party comes to town with wicked sound, killer lighting and the hottest new and old school videos for youth’s ages 13 to 18 years old. 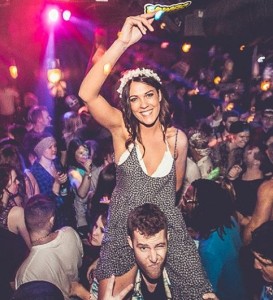 NYE 2015 – Mojo’s Nightclub – Come along to this Whistler favourite and ring in the new year with a great live DJ, tasty drinks, and one of the best atmospheres in town! Moe Joe’s is well known around Whistler for hosting an awesome NYE party, and you definitely won’t wanna miss it!

Midnight in the Mountains – Garfinkel’s Whistler  – Join a fabulous crowd at the best venue in town in waving goodbye to 2014 and celebrating the start of 2015! But be quick, tickets will not last! This event sells out every year, so get them while they’re still hot!

New Year’s Eve – World Crawl Whistler Club Crawl – BG Urban Grill – Start the night off at BC Urban grill with a few games, Whistlers best nachos, and a shot to start off the night. A great place to get to know fellow crawlers, have a few beers, and prepare for the night. Then its on to Cinnamon Bear and finish up the night at Tommy Africa’s…more details

New Year’s Eve at Tommy Africa’s – Your ticket to an unforgettable New Years Eve at Whistler’s hottest nightclub, including appetizers and a complimentary champagne toast at midnight. Dress to impress and join us as we ring in the new year by once again throwing the biggest year-end party anywhere in the village!

“36 hours in Whistler” :: Video compliments of the New York Times

Roaring 20’s Party – Firerock Lounge – The perfect themed event for The FireRock Lounge and New Years Eve. Join them for a fun filled night of dancing and welcome in the New Year with style. GA ticket guarantees entry, a champagne toast at midnight & dancing all night long to our special guest DJ. Tickets are $25.

Ciroc Presents New Year’s 2014 at the GLC – Dance to DJ Kori K and Foxy Moron at the GLC. Tickets are $75 and include two welcome drinks plus a bubbly toast at midnight. The party goes until 3 AM – dress to impress.

New Year’s Eve Party – Black’s Pub – Party at Black’s Pub with the BEST view in town for the Fire & Ice Show and midnight fireworks. Advance tickets from $45 including champagne toast at midnight and party favors. Music provided by Sean Rose and band playing into the wee, small hours. 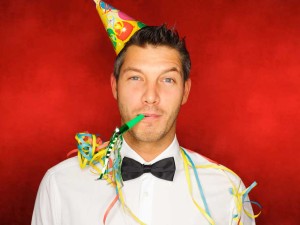 Pique’s guide to New Year’s Eve :: A round up of all parties in Whistler and beyond

If you’re wanting a world class, exquisite dinner with your special someone these award winning Whistler Restaurants have  New Year’s Eve Menus

As Whistler’s favourite destination for a memorable night of spectacular food and wine, New Year’s Eve at Araxi is no different. With lively music and midnight countdown to accompany your dinner, we offer two options – celebrate early before your night on the town, or later for a full gala celebration to ring in the New Year.

Join us on New Year’s Eve for the Bearfoot Bistro’s favourite festive celebration. Come early for a wonderful dinner with family and friends, or come later and ring in the New Year with us.

If you are planning to hit Whistler for New Years, there are still vacation rentals by owner available here. Scam-free rentals. BBB A+ rating. Better than Craigslist…