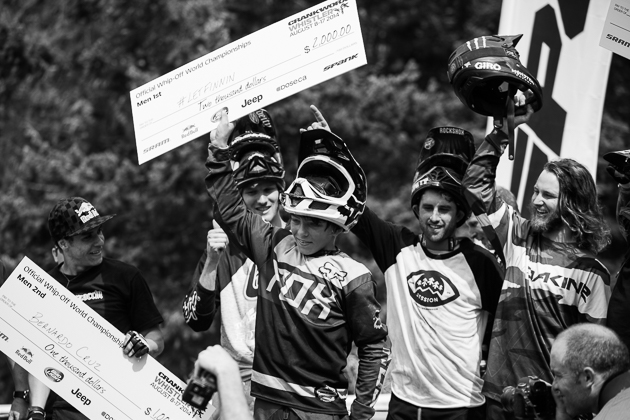 Iles was allowed into the competition on a special exemption after a social media campaign last week that made use of the hashtag #LetFinnIn. Iles has been riding for 11 years and is a long time user of the Whistler Bike Park. He frequently podiums at BC Cup races and recently came third at the 2014 Canadian Mountain Bike Downhill Championships at Sunpeaks.

Letting Finn compete is not a decision we have taken lightly and we understand the risks associated with competing at Crankworx,” said Finn’s parents Dave and Allison Iles. “As parents, we think the best thing we can 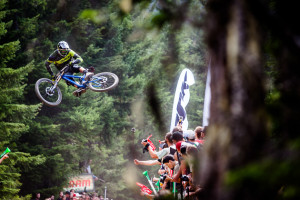 do for our children is to give them the freedom to follow their passions while ensuring they have the awareness, training and proper equipment to do so in a safe manner.” Quoted in the Whistler Question, August 11th.

The now-official Crankworx Whistler Whip-Off World Championships went off August 14th, with around 100 of the world’s most respected riders drawing the contest’s biggest-ever crowd of close to 1,000 fans. Event organizers implemented considerably more structure than previous years, when the event more resembled a high-profile jump jam than a formal competition. The more regimented structure didn’t stop the crowd from going into a frenzy with each massive whip. 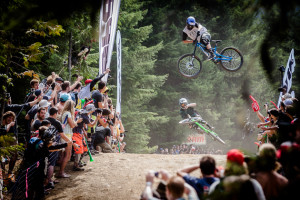 Here’s a glimpse of some of the day’s highlights from Bike Magazine:

Find a Great Vacation Rental and Relax in Whistler…

Cheap or luxury, studios to mansions… for way less than a hotel.